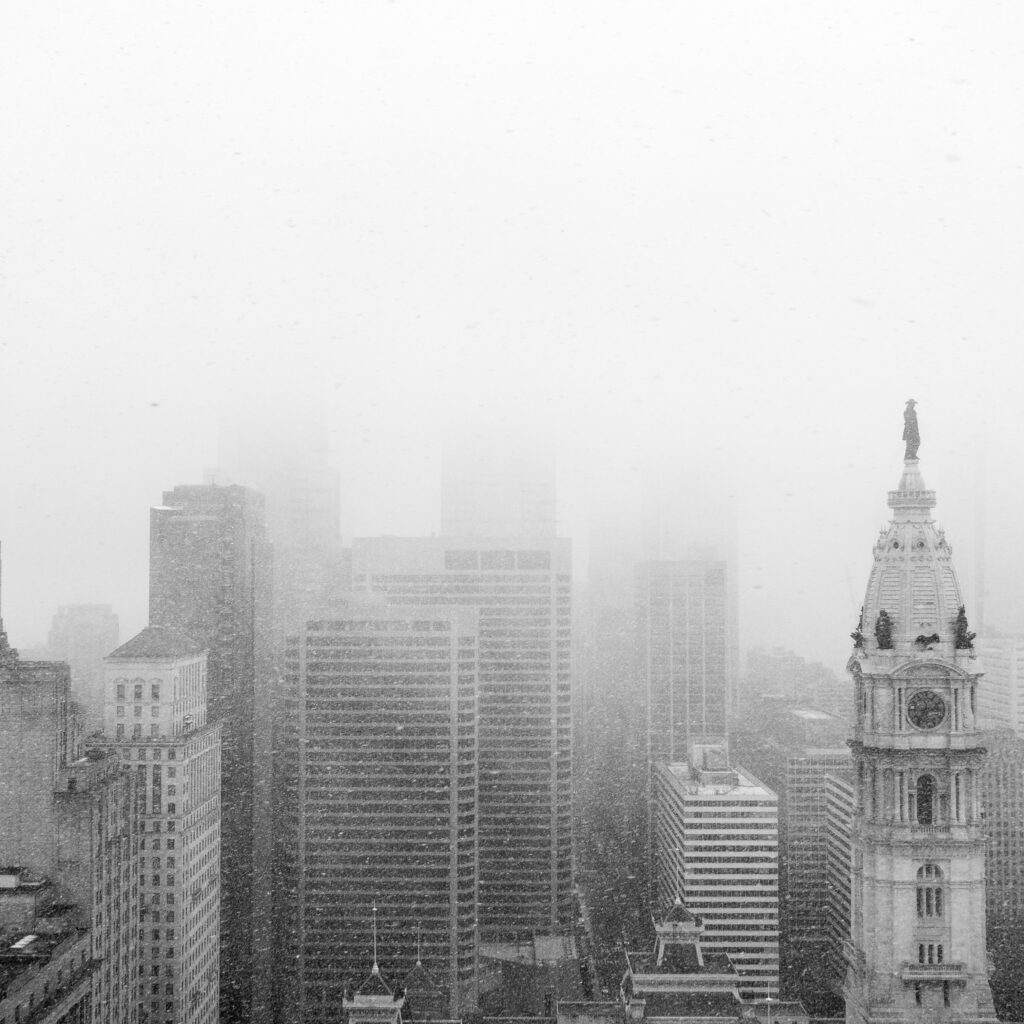 THE BEGINNINGS: BEFORE JUBILEE

The seed for the vision of the Children’s Jubilee Fund was planted in the heart of founder, Jim Petty, in 1967 by his seminary professor, Cornelius Van Til. Jim came to understand that Christ is the Lord and only foundation for every human endeavor – including learning. Jim began to understand why Christian schooling could be so valuable to students as it connects the academic disciplines to foundational truths of the Christian faith.

In 1969 this seed had found a place to grow! The beginning of a Christian school at 4th and Lehigh in South Philadelphia was being discussed by Bill Krispin, Jim and others from across the city. Several ministers of area African American churches were desperate to oﬀer better educational options to their youth. With connections in the local Christian education establishment and the credibility of these African American leaders, they decided to begin a school just 30 days from the date of the meeting. They had no funding, no building, and no teachers, but they did have faith!

The school wondrously opened and by 1975 had grown to three locations! Administrators, teachers, and parents saw real growth in each student as they were nurtured in the Truth and received a sound education.

But by 1984, the school was struggling under the weight of increasing expenses and insufficient income. Many parents were lower-income and struggled to pay tuition on top of their other expenses. Churches and other outside funding sources couldn’t make up the difference. Unfortunately, the school had to close.

Local African American churches opened new schools shortly thereafter. Facing the same core issues, they prospered initially but lacked the long term funding needed to sustain them. Many of these schools also closed within a few years, leaving parents with no other option than to send their children to local Philadelphia public schools, some of which were becoming notorious for increasing violence and falling test scores.

One thing was clear: the current funding model for Christian schools didn’t work well in a lower-income environment. A new funding model was necessary.

By late 1992, a number of individuals in and around Philadelphia, including Jim Petty,  Bill Krispin, Milton Vélez, Rex Anderson, Bob Arthur, and Robert Null knew that the Lord wanted Christian education to flourish in lower-income neighborhoods. They decided to begin meeting to find a way to address the core issue of reliable funding for city-based Christian schools.

Children’s Jubilee Fund was the product of five open consultations in Philadelphia beginning in November 1992. Those who participated were convinced that the then-70 Christian schools in the Philadelphia area could have a major impact for God’s glory on the next generation of city-based students. If the funds could be enlisted, hundreds and even thousands of low-income parents could have the chance to give their son or daughter a quality education built on the knowledge of the Living God.

Other events were also shaping the educational landscape in Philadelphia during that time. The Philadelphia public schools were under increasing pressure from several sources: progressively lower state funding, inadequate city real estate tax revenue, a growing base of families living in core poverty in the city, and the loss of many experienced teachers and school staff to more affluent school districts in the suburbs. Standardized test scores continued to decline as many families who could afford to leave the city did so, resettling in the suburbs. The result was that the Philadelphia public schools, particularly those in the lowest-income neighborhoods, offered little opportunity to their students to break free from systemic patterns of poverty, unemployment and underemployment, and hopelessness.

The first year’s grants provided $25,000 in scholarships. These grants were given to schools admitted to the Jubilee network to provide scholarships to lower-income students from Philadelphia, Chester, Norristown, and Camden. The schools divided up the grants to bless as many families as possible, within the guidelines provided by Jubilee.

The organization has grown in many ways since 1997. Our scope has grown, so that there are currently 21 schools in our network. The amount we distribute in scholarships has also grown. In Fiscal Year 2021, we estimate that we will distribute nearly $500,000 in scholarships, benefitting over 400 students.

Jubilee has been approved by the Commonwealth of Pennsylvania to participate as a Scholarship Organization under the Educational Improvement Tax Credit (EITC) and Opportunity Scholarship Tax Credit (OSTC) programs, which allow businesses and individuals to earmark part of their state tax payments to Jubilee network Schools in exchange for tax credits.

Jim Petty retired in 2013, was given the title Executive Director Emeritus and was succeeded by Drew Skinner in 2013, Andrea Cohen in 2019, and Tim Geiger in 2020. Each Executive Director has brought his and her own unique gifts to steward the ministry and mission of Jubilee.

We pray the Lord will allow the amount of scholarships we distribute each year to increase, so that more and more students will benefit from local Christian school education. We also pray that the Lord will add more and more schools to our network, so that the reach and scope of Jubilee will touch even more lives in the years to come.