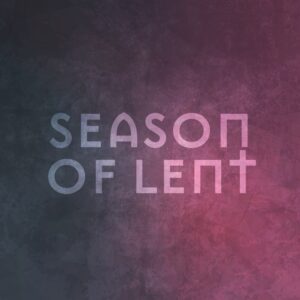 Talking with Children about Lent

Believe it or not, there’s more than one calendar in the world! The church calendar is an annual schedule of holidays and seasons that mark certain events or seasons both in the earthly life and ministry of Jesus, and in the faith experience of his followers.

The church calendar was devised as a teaching tool during pre-literate times so that every year Christians who could not read Scripture for themselves were walked through and learned important facts about the work of salvation that Jesus had accomplished for them.

One of the seasons on the church calendar is Lent. Lent is the season that precedes Easter. It’s a season that you’ve probably heard about before. But why do Christians mark this time as special during the year?

Lent is a season 40 days long that reminds us of Jesus’s 40 days in the wilderness during his temptation by the devil. The Gospel writers Matthew, Mark, and Luke all record this time in Jesus’s life. You can read about it here. It came right before he started his public ministry of teaching, preaching, and healing.

During his 40 days in the wilderness, Jesus fasted (went without eating), prayed, and meditated on God’s Word and on the mission his Father had called him to fulfill. That mission included teaching and preaching about the plan of salvation that God had for his people. But the bigger part of the mission was that Jesus, the only Son of God, was going to die himself on a cross in order to pay for the sins of his people—and then after being dead, he would return to life on the third day after his death (that’s the resurrection, which we celebrate on Easter).

Jesus’s mission was a huge mission—the biggest there would ever be—and he wanted to prepare for it in this special way. And so during Lent, many Christians remember what Jesus did for them and for the world in a special way by focusing on Jesus’s teaching, and on his suffering and death on the cross.

Many Christians also use the season of Lent to remember why Jesus came and died to save them—because of their sin. And, they devote themselves to a process of repentance—which is loving God, resting in his forgiveness through Jesus’s work on the cross, and turning away from sin and sinful temptations.

So, during Lent, Christians often give up things as a reminder of Jesus’s fasting in the wilderness. Some of the things we tend to give up are bad habits (like cursing, smoking, overeating, and so on)—but we also give up things that keep us from turning to Jesus and enjoying his presence in the first place. Some of those things could be dependance on technology (like cell phones), social media, TV, or streaming.

There’s no requirement to give up anything for Lent. But some people do because they want to follow Jesus’s example of not allowing anything (even eating!) come between them and their relationship with God. People who choose to give something up for Lent often choose to fill that time with Bible reading, prayer, or just being silent before the Lord, to draw closer to him.

There are many ways to observe Lent. Here is a resource you might find helpful to walk you through some of those different ways. It was developed by Alyssa and Stephen Wood from Liberti River Wards Church in Philadelphia and is a Lent and Easter Guide for Families. You can click here to go to the page on the Liberti River Wards website where you can download the booklet as a pdf for free! (Just click on the link, go to the page, and then click the button that reads “Download Family Guide”).

Lent is a time to remember what Jesus has done for everyone who believes in him. But it’s also a time to be transformed as we practice repentance and drawing near to God!