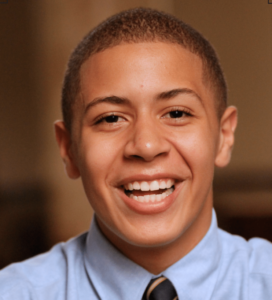 “I was nervous.” Having moved many times, Eddie feared making new friends again. What seemed like another challenging transition, would become a significant shift in Eddie’s story. “The teachers welcomed me and shook my hand.” This simple gesture was rare at his former schools. “At The City School, when I went through a hard time in 10th grade, two teachers, Mr. Sorge and Ms. Clemens, were concerned for me. Friends would comfort me and help me realize that I can’t push people away and that they cared.” In the public school, “if you’re down they will just look at you” and not stop to help. Even older students at The City School watched out for him when he was a freshman. “We were like brothers and sisters.”