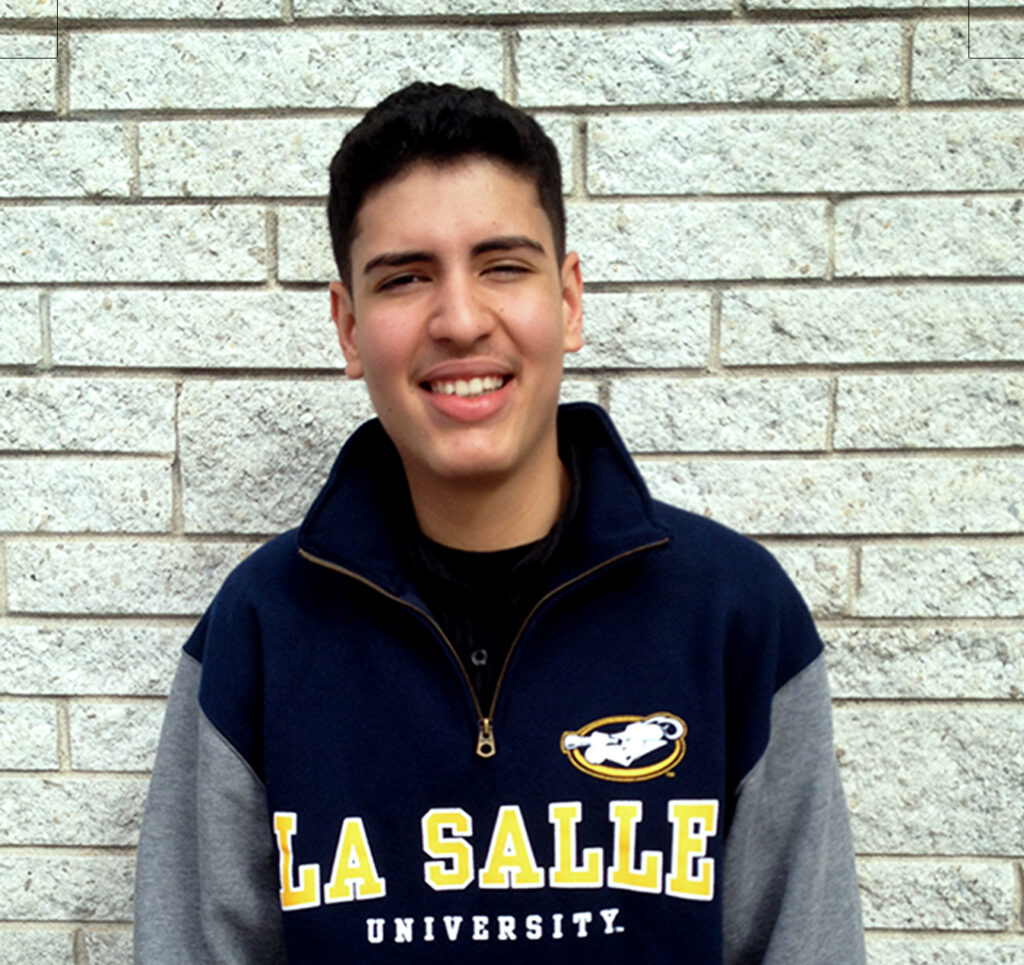 When you first meet 19-year-old Brian, he greets you with a strong handshake. He’s a tall, lean, clean-cut typical college student. His story, however, is filled with hardship, overcoming adversity, and hard-work.

At age seven, he moved with his family from Puerto Rico to Kensington—a troubled neighborhood of Philadelphia. His father worked as a forklift operator; his mother raised and cared for him and his three brothers.

Over the years, Brian was in and out of numerous schools. By 7th grade, along with the challenge of learning English, he was overweight and was subjected to verbal and physical bullying. His self-esteem plummeted, he had poor grades, and he was placed on academic probation. Anxiety, depression, and obsessive-compulsive disorder plagued him.

The turning point came the following summer. God led Brian’s parents to International Christian High School, and—with a Jubilee scholarship—Brian had a spot in a school where he could learn. He remembers that first day. “My mother almost had to push me out of the car due to my intense anxiety.” Despite his fears, he was able to make friends easily. And for the first time in Philadelphia, Brian felt safe at school.

Challenges remained, however. Because Brian’s writing was incoherent, his English teacher encouraged him to work hard to keep up with his classmates. “I desperately wanted to stay at International,” Brian shared. Over the next four years, he worked harder than ever before, and he succeeded. He was scheduled to graduate as valedictorian. But, his family owed the school $3,000 in tuition, which meant that he was unable to receive his diploma.

International allowed him to attend graduation, to celebrate with his friends, and to give his valedictorian speech, which he delivered with joy. And by summer’s end, Brian had saved $1,000 from his job; his father and other family members had raised the balance due, and Brian received his diploma. The story doesn’t end here.

Brian received one of only two Comcast college scholarships, which included an invitation to meet Mayor Michael Nutter. Then, as a LaSalle University sophomore, Brian received a full academic scholarship from the University’s Academic Discovery program. He has been recognized on both 6ABC and Philly.com for his academic success; he works part-time as a bilingual translator; and he volunteers as a writer for the magazine Motivos (160,000 subscribers). In Brian’s words, “all of my efforts are for God’s glory and not my own, and my success is because of God’s faithfulness.”